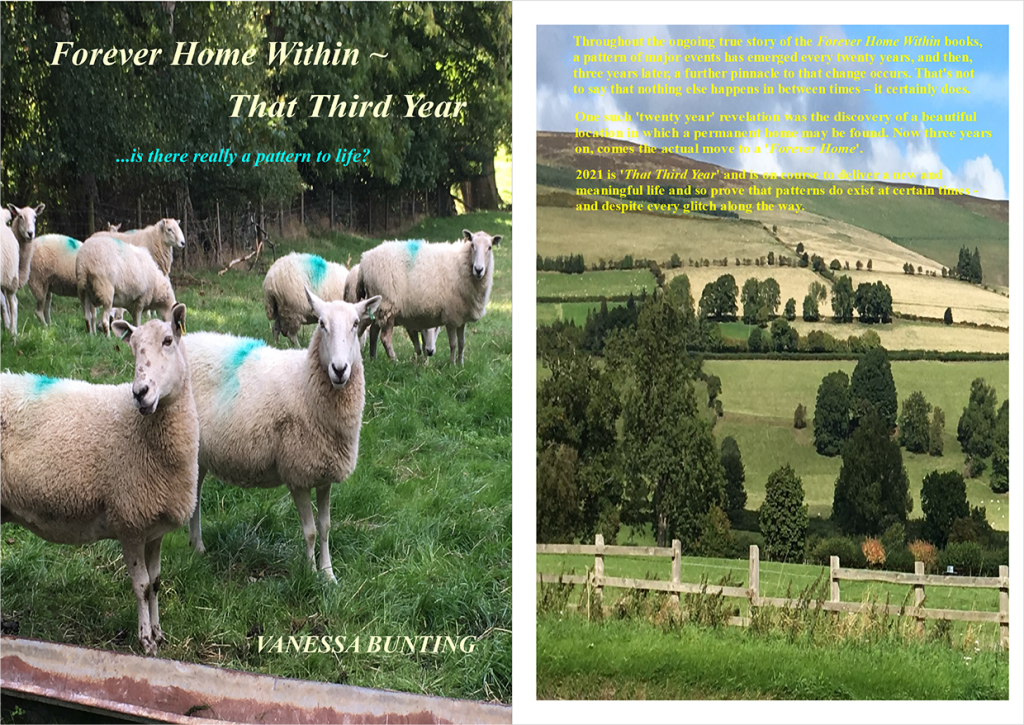 Forever Home Within ~ That Third Year

…is there really a pattern to life?

Throughout the ongoing true story of the Forever Home Within books, a pattern of major events has emerged every twenty years, and then, three years later, a further pinnacle to that change occurs. That’s not to say that nothing else happens in between times – it certainly does.

One such ‘twenty year’ revelation was the discovery of a beautiful location in which a permanent home may be found. Now three years on, comes the actual move to a ‘Forever Home‘.

2021 is ‘That Third Year‘ and is on course to deliver a new and meaningful life and so prove that patterns do exist at certain times – and despite every glitch along the way. 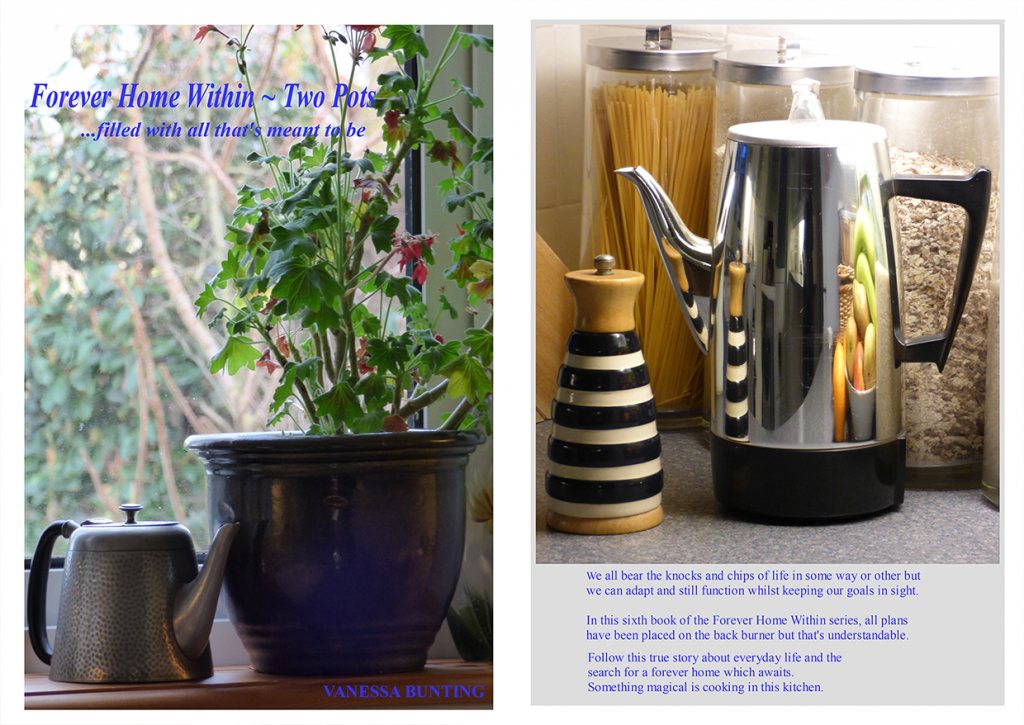 …filled with all that’s meant to be

We all bear the knocks and chips of life in some way or other but we can adapt and still function whilst keeping our goals in sight.

In this sixth book of the Forever Home Within series, all plans have been placed on the back burner but that’s understandable.

Follow this true story about everyday life and the search for a forever home which awaits.

Something magical is cooking in this kitchen. 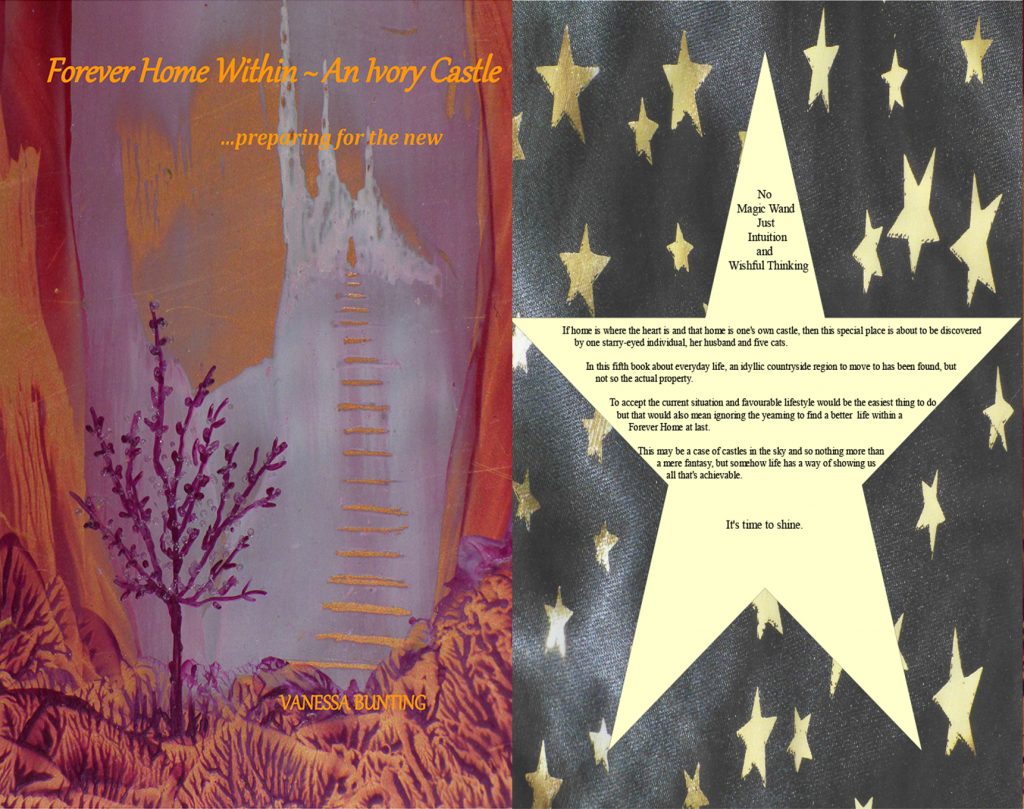 Forever Home Within ~ An Ivory Castle

…preparing for the new

If home is where the heart is and that home is one’s own castle, then this special place is about to be discovered by one starry-eyed individual, her husband and five cats.

In this fifth book about everyday true life, an idyllic countryside region to move to has been found but not so the actual property. To accept the current situation and favourable lifestyle would be easy, but that would mean ignoring the yearning to find a better life within a Forever Home at last.  This may be a case of castles in the sky and so nothing more than a mere fantasy, but somehow life has a way of showing us all that’s achievable. 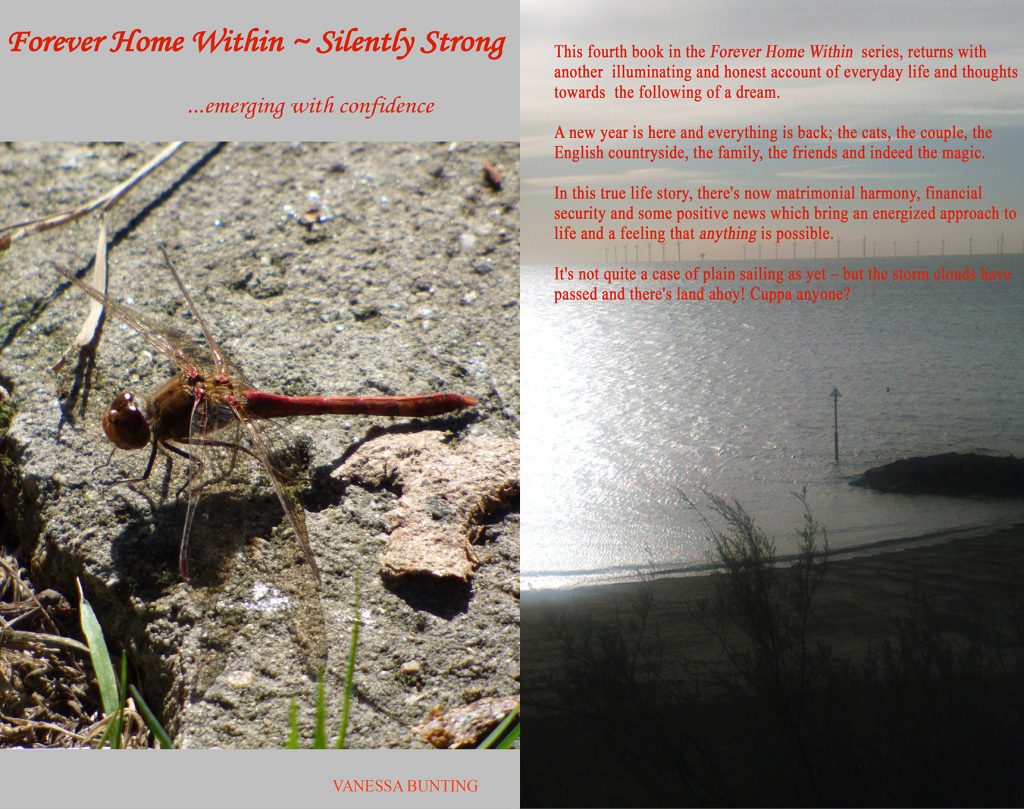 This fourth book in the Forever Home Within series, returns with another illuminating and honest account of everyday life and thoughts towards the following of a dream.

In this true life story, there’s now matrimonial harmony, financial security and some positive news which bring an energized approach to life and a feeling that anything is possible.

A new year is here and everything is back; the cats, the couple, the English countryside, the family, the friends and indeed the magic. It’s not quite a case of plain sailing as yet – but the storm clouds have passed and there’s land ahoy! Cuppa anyone? 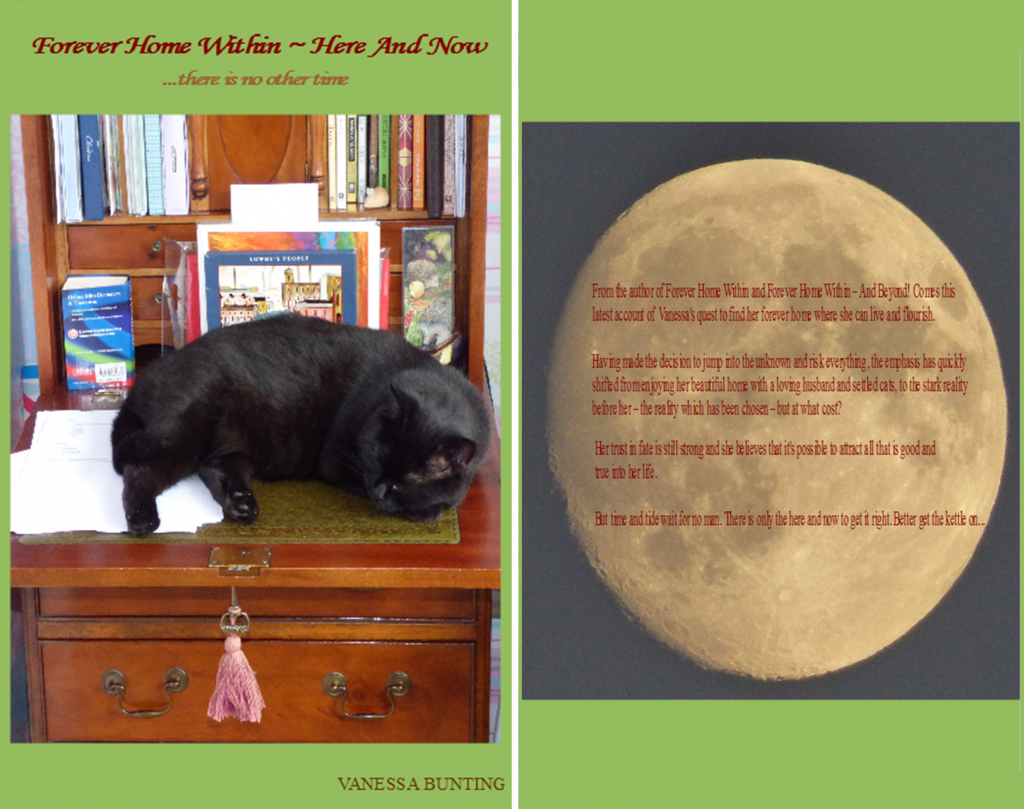 Forever Home Within ~ Here And Now

…there is no other time.

Having made the decision to jump into the unknown and risk everything, the emphasis has quickly shifted from enjoying her beautiful home with a loving husband and settled cats, to the stark reality before her – the reality which has been chosen – but at what cost? Her trust in fate is still strong and she believes that it’s possible to attract all that is good and true into her life. But time and tide wait for no man. There is only the here and now to get it right. Better get the kettle on…

Forever Home Within ~And Beyond!

Returns to the true story of one’s search for the perfect place to settle and flourish– inside and out. Following unexpected job loss and subsequent house sale, Vanessa once more had important decisions to make – and quickly. Any romantic thoughts about ‘living the dream’ were truly shelved for now – or were they?

An opportunity had presented itself where the focus could shift towards lifestyle rather than location so it wasn’t a case of where to live anymore but how to live. Once again, fate and intuition became faithful guides.

A new life unfolded, consisting mostly of the enchanting company of animals and weekend walks with her loved one. But how can so little feel so abundant? Because it’s personally fulfilling and means so much. Now new threats to this tranquil lifestyle are on the horizon but are they strong enough to challenge the new impetus that has awoken; to protect and defend all that’s held dear?

This book is a true story about finding one’s forever home-literally and spiritually. It depicts the life of a woman who lived mostly solo. In this tale set in southeastern England in the 1960s, Vanessa grew up within a working class family whose values taught her to always appreciate the countryside, consider others, and care about animals. These values stayed with her even after her parents’ painful divorce, when she was forced to move to the city to start a new life with her mother.

From then on, it seemed as though she had been blessed with good fortune by finding a good job and home of her own, where she could indulge her love of the countryside and animals once more. There were special romances along the way and so many parties and good times thrown in that she wondered if life could possibly get any better. What she hadn’t considered was that life could actually get worse-much worse-and it did.

Suddenly she was faced with uncertainty and had to question and understand what had happened and where her self-belief was. The person she had once been and the wonderful life she had once known had completely disappeared, and now she was left facing her biggest challenge yet. Could a hopeful heart be enough? It had to be; it was all she had.